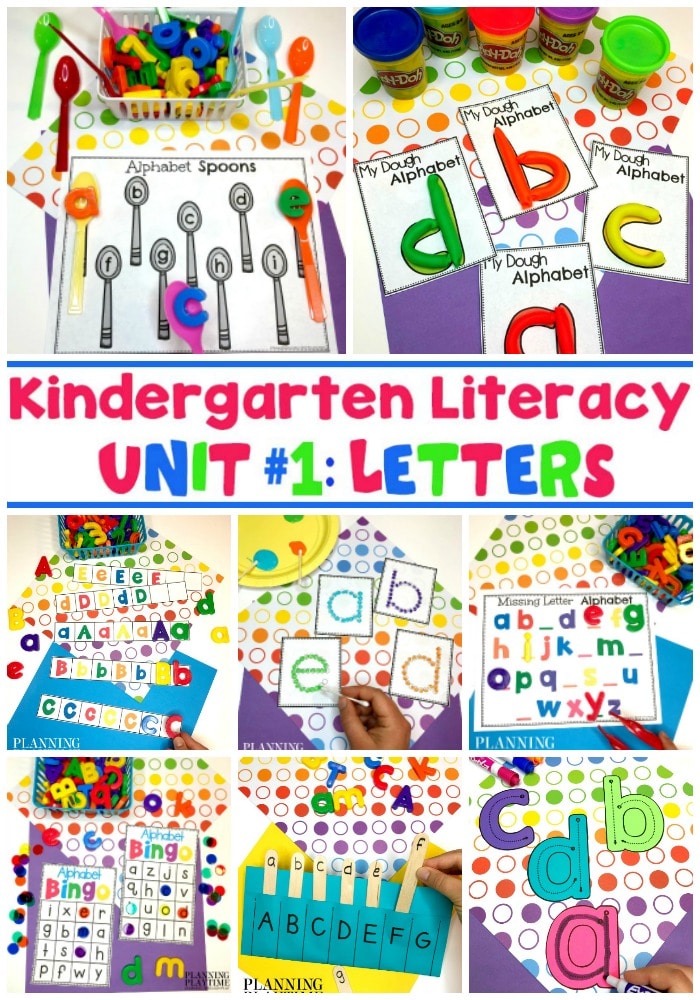 Do you need fun Alphabet Worksheets and Activities for preschool and kindergarten? This pack is hands-on, fine motor filled, and LOADS of fun.

Kids will get to make letters with playdough, find them on bingo cards and match them to their paired upper or lowercase letter.

Pick a letter from the basket.  If you have that letter on your Bingo sheet, mark it.  First one with four in a row wins! 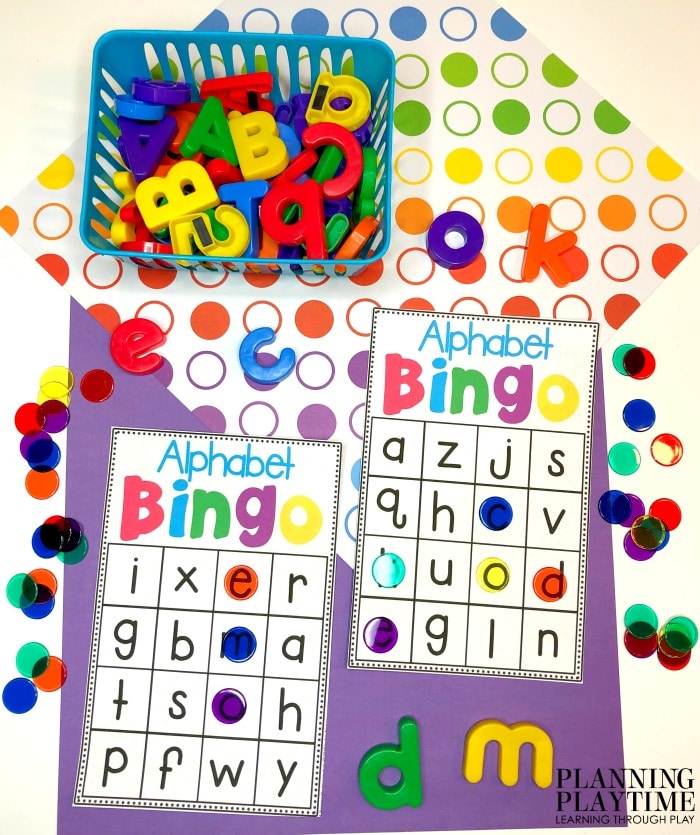 Scoop a letter out of the basket with a spoon.  See if you can scoop out every letter on the worksheet. 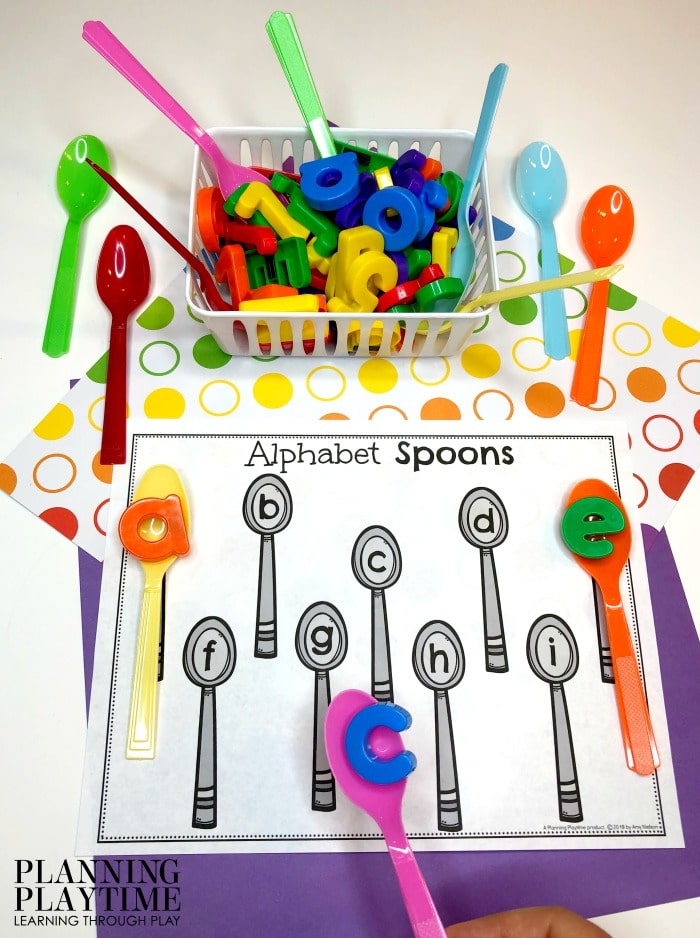 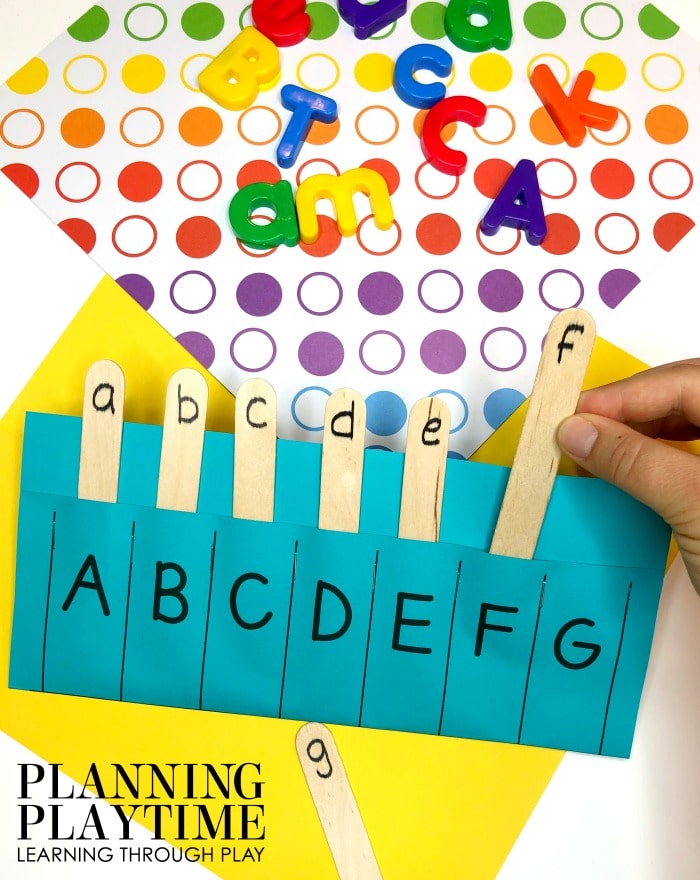 Find and fill in the missing letter to make the alphabet complete. 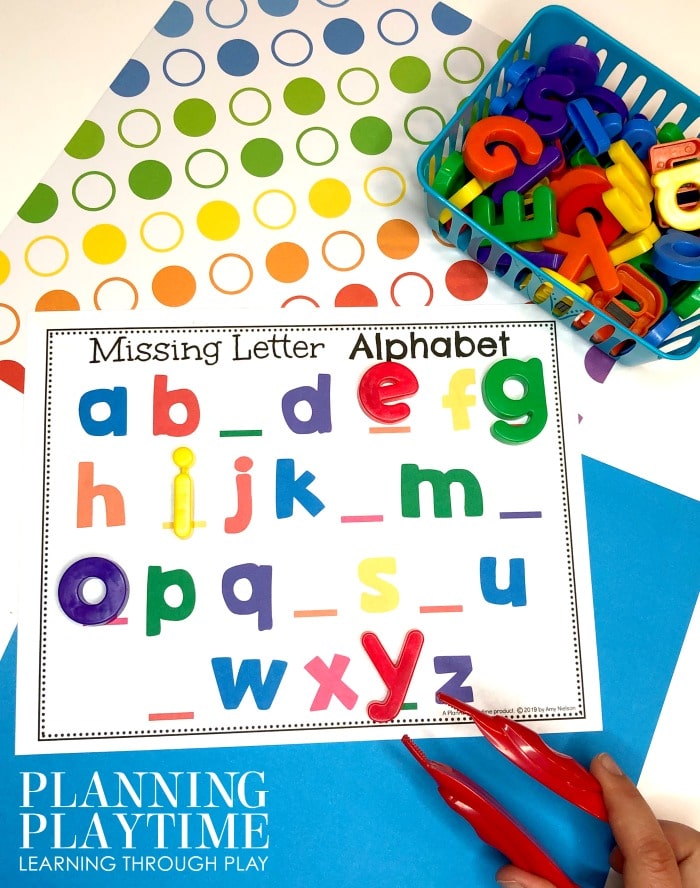 Use a manipulative to cover all the corresponding letters on each card.  Make sure to find the upper case and lower case letters. 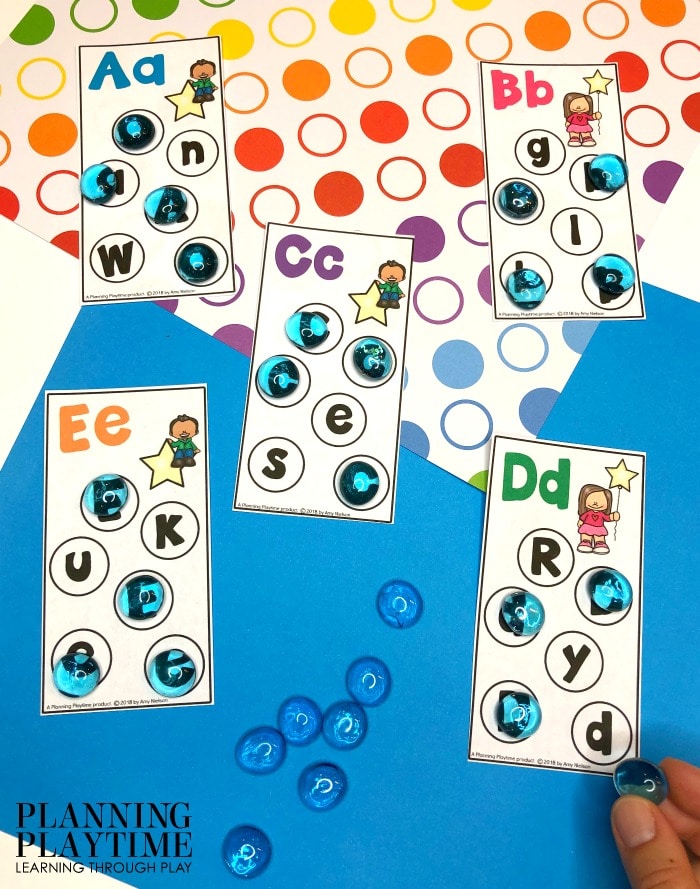 Trace the alphabet in a rainbow!  Roll the dice to see which color to trace each letter. 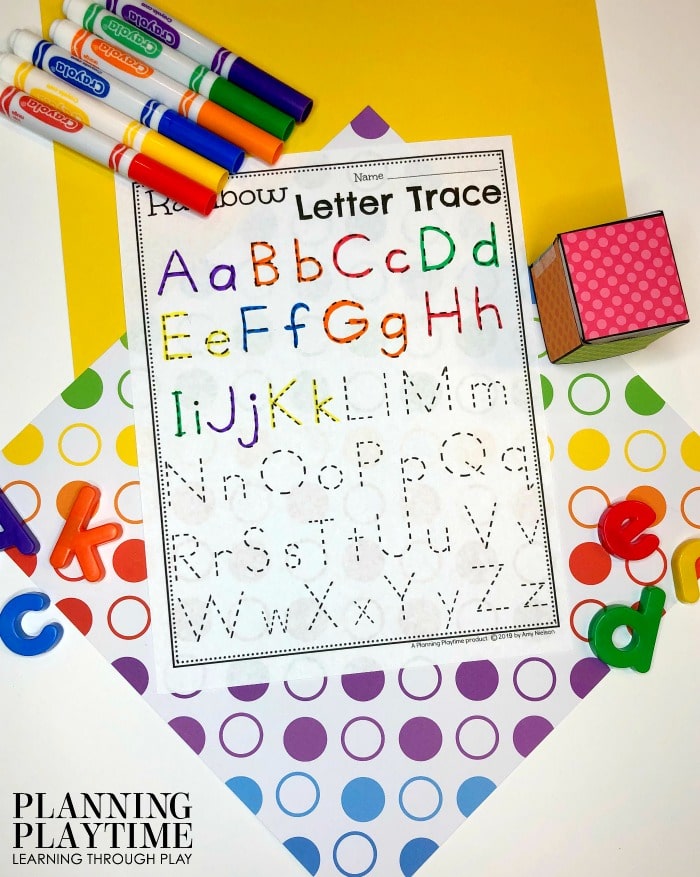 Match the correct upper case and lower case letter to each letter strip. 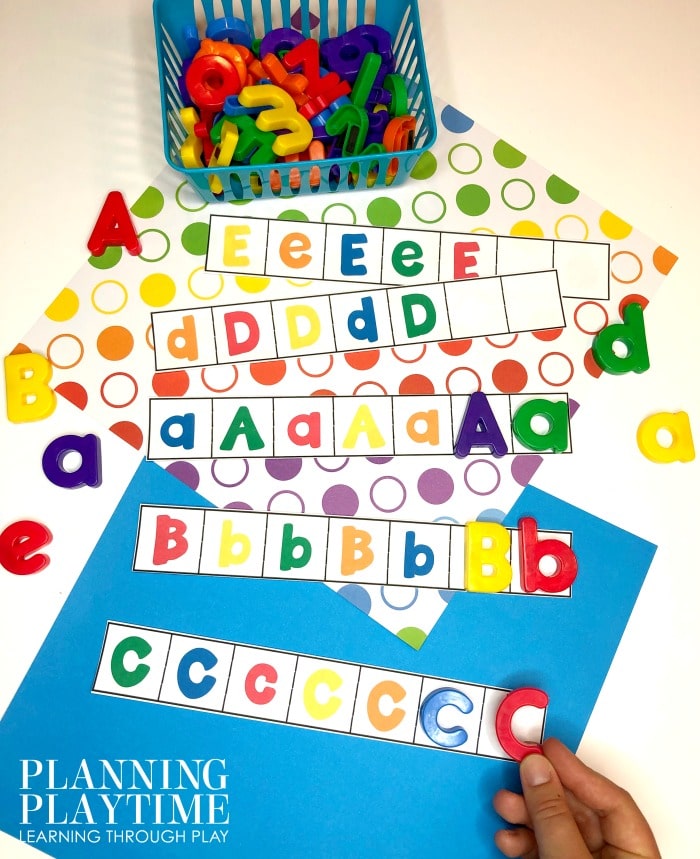 Use dots to fill in each circle to create the letter. 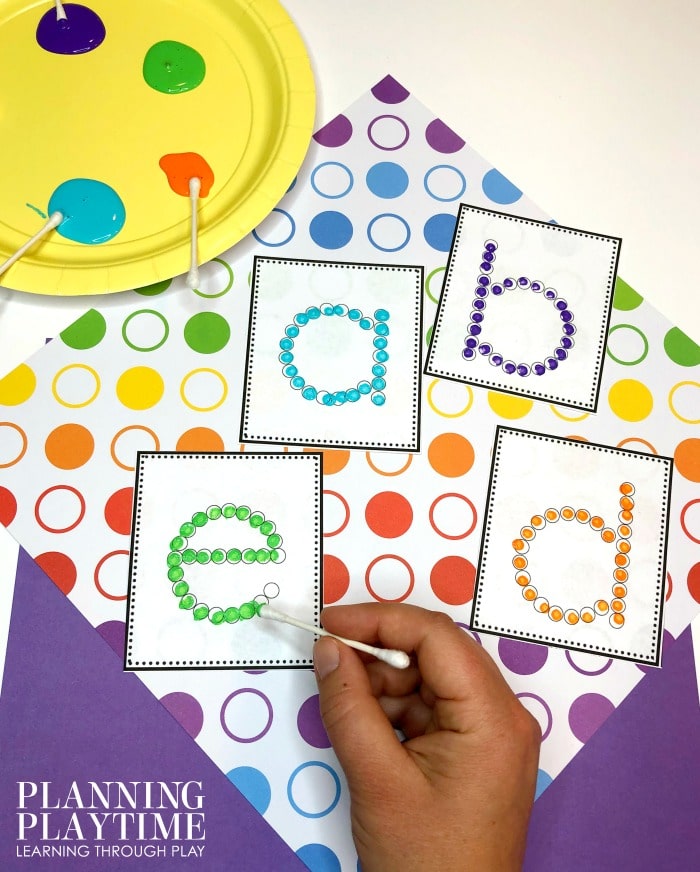 Use Playdough to form each letter. 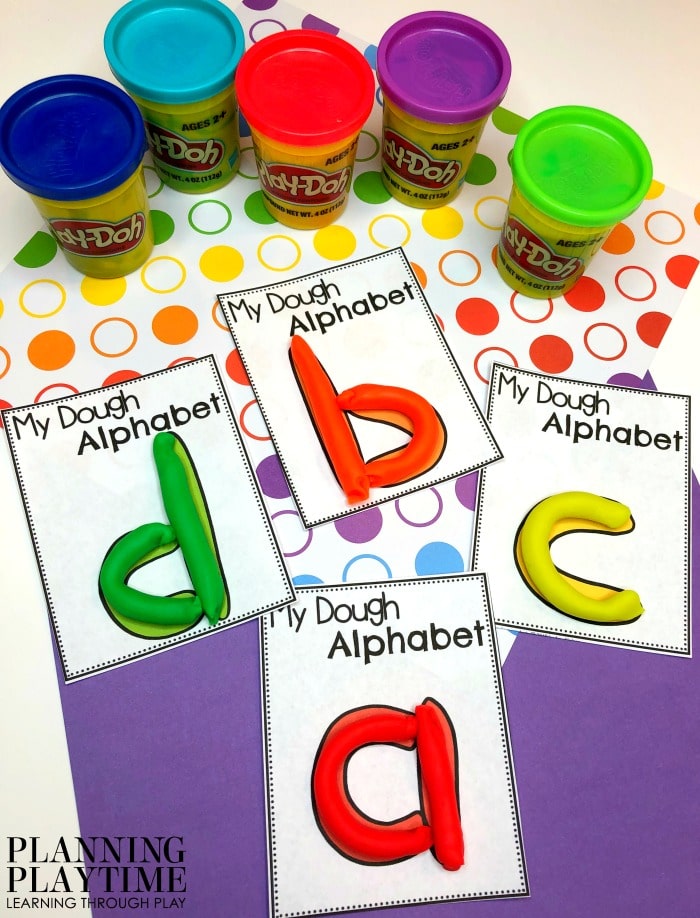 Follow the dotted lines and trace each letter.  Be sure to start with number 1 and follow in order. 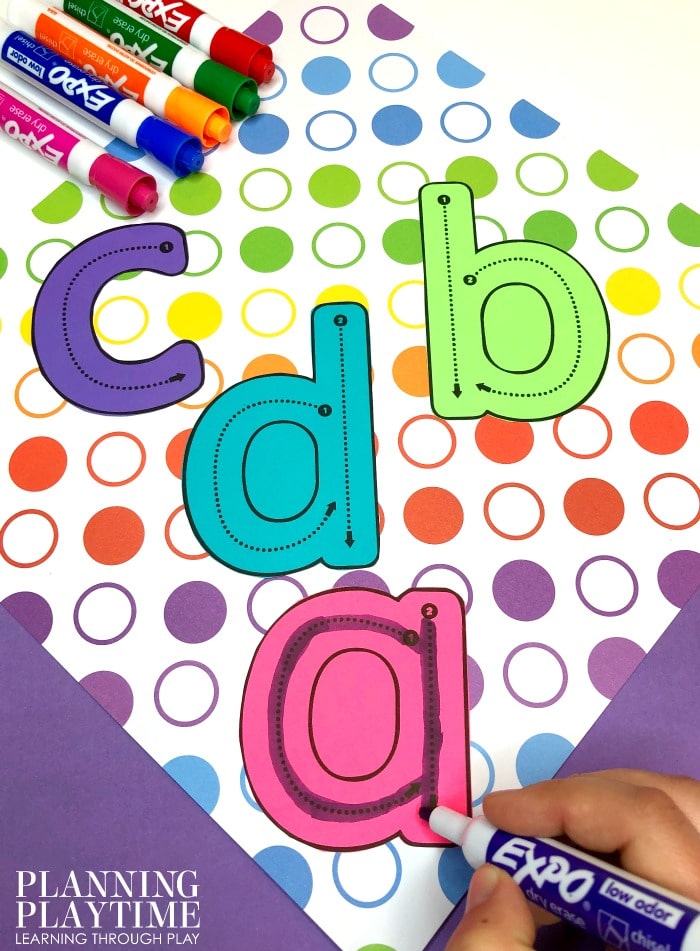 Find and match each letter with the corresponding one on the worksheet. 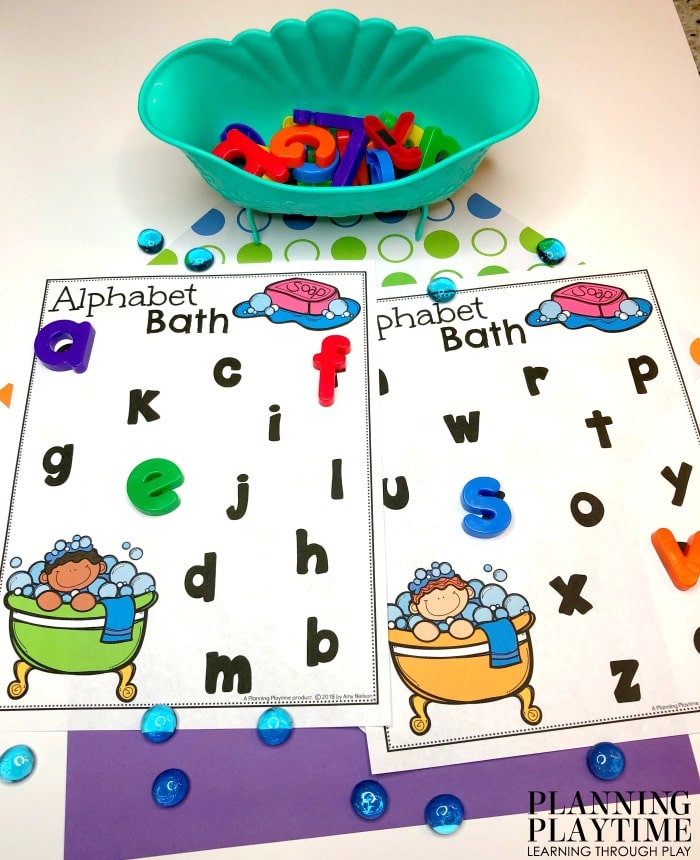 Use a clothespin to mark the letter that each picture begins with. 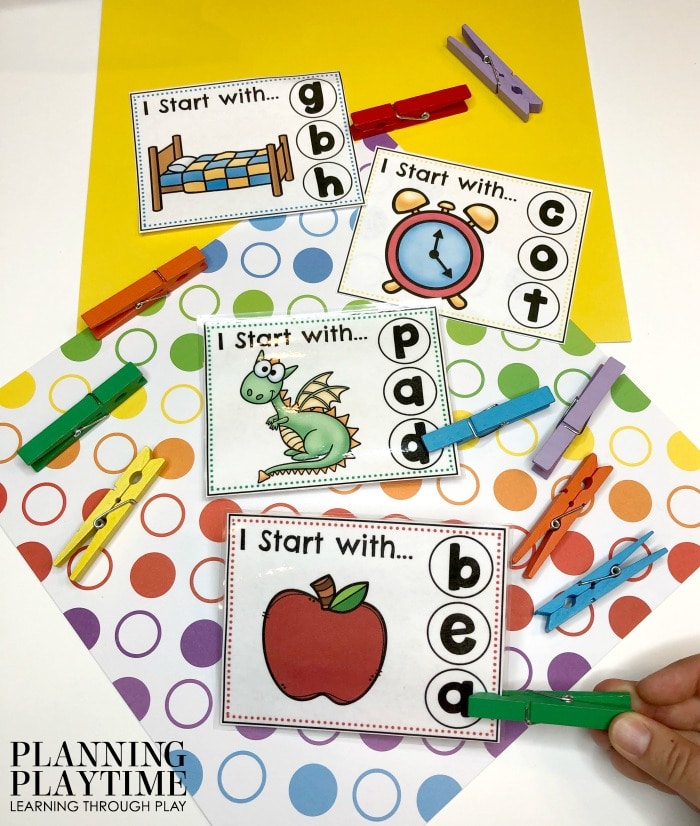 In addition to all of the awesome, hands-on centers above, we also included 26 Alphabet worksheets for this set. Kids get to color the matching letter balloons, sort the capital and lowercase letters, trace the alphabet and practice the sounds each alphabet letter makes. 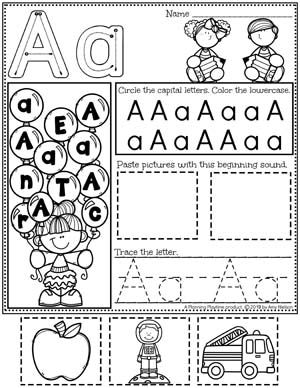 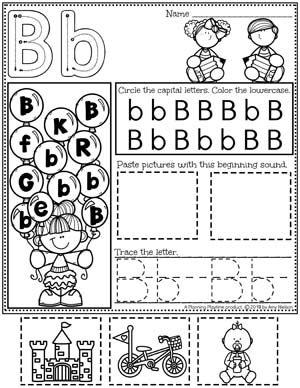 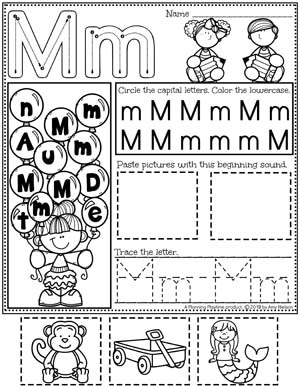