The year’s first snow came down this week, and to celebrate, we made a cupcake liner snowman craft and some little puffy friends for him. This was one of those Saturday mornings where I started a craft with one child, and before I knew it, all of the kids were jumping in and creating their own snowman crafts. 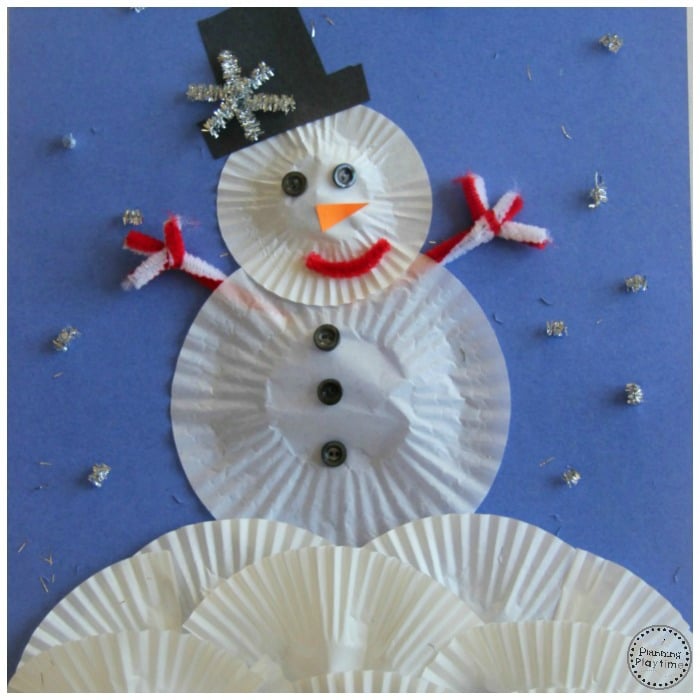 I wanted my snowman to be a bit puffy. After all the best snowmen are round and jolly in the middle, so I glued the edges of the cupcake liners to leave the center puffing out a bit. We found some adorable candy striped pipe cleaners at our local craft store which made the perfect arms for our winter friend. 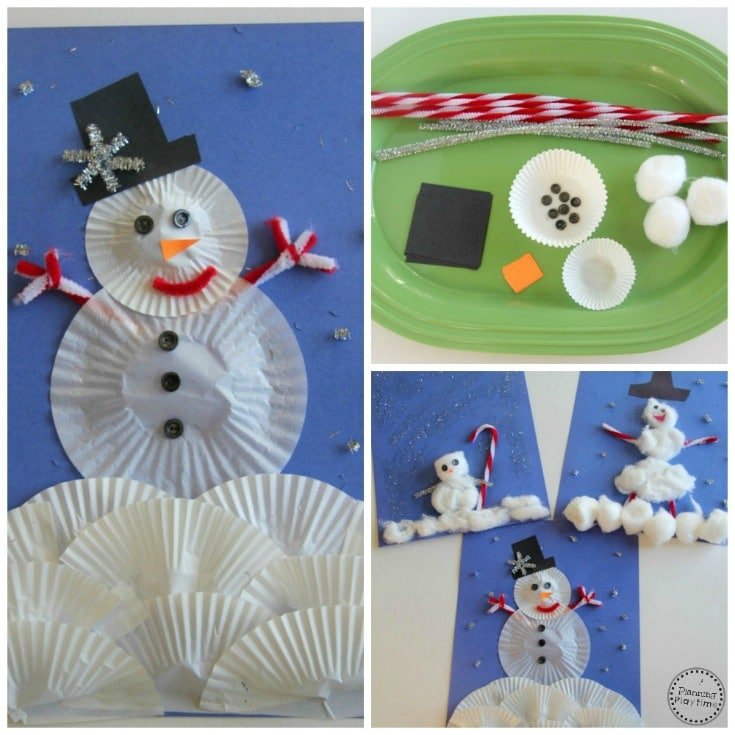 We raided the button jar to give him eyes and dot his tummy. Then we added a black paper hat and an orange paper nose. We used a bit of silver pipe cleaner to create the perfect accessory for his had, a shiny snowflake. Then we glued bits of pipe cleaner snow falling from the sky all around him.

He turned out so cute, and was so simple to create. My girls wanted to make versions of their own, so in no time at all they were scavenging from my supplies and adding new ones of their own. Cotton balls were a favorite of theirs as well both for the snow and their snowmen. 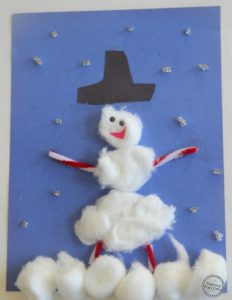 I love that with the same basic tray of supplies, we each came up with such different snowmen. There were no rights and no wrongs. We each found things about each other’s that we liked, and it was a great bonding project.

This cupcake liner snowman craft would be fun for the window, a bulletin board, or the art display hanging line. Use the supplies we used, or make up a few of your own. However you do it, just take a few minutes to build your self and indoor snowman.