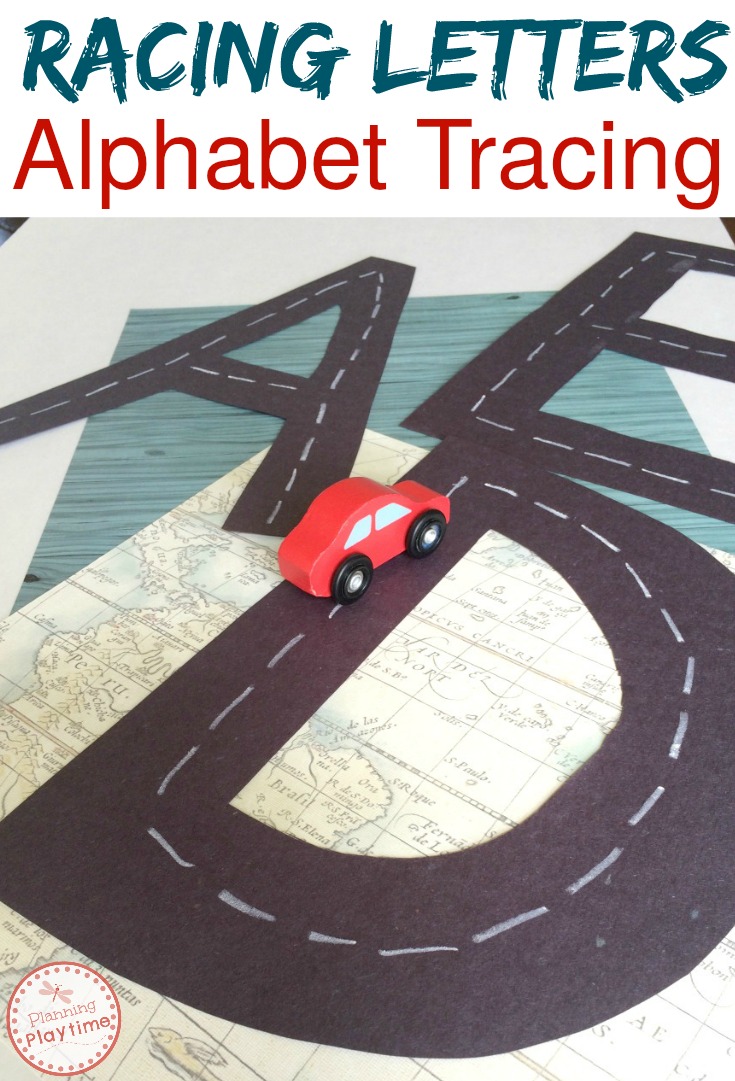 My Preschool son and his little friend had the best time with this Racing Letters Alphabet Tracing activity today, and we couldn’t wait to share it with you all. The two little guys had just returned from preschool, and asked to have a playdate. I LOVE playdates, particularly when the older kids are off to school. They entertain each other and get some great playtime in while I accomplish a few things of my own. The only problem today was that we needed a quiet activity that wouldn’t’ disturb my sleeping baby.

Here’s what we came up with. We cut out large alphabet block letters from black construction paper. Then we used a white crayon to draw the lane lines down the center of the letters. Then all they had to do was dig a few of their favorite cars out of the toy box, and they were ready to play. 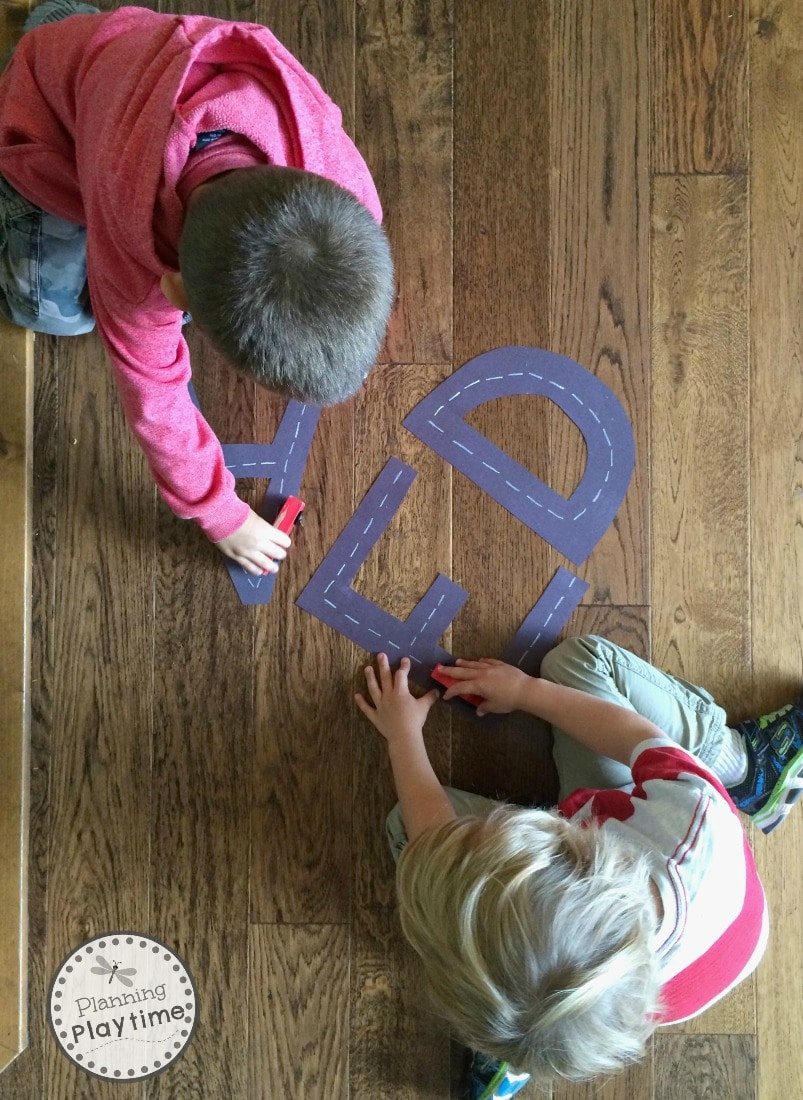 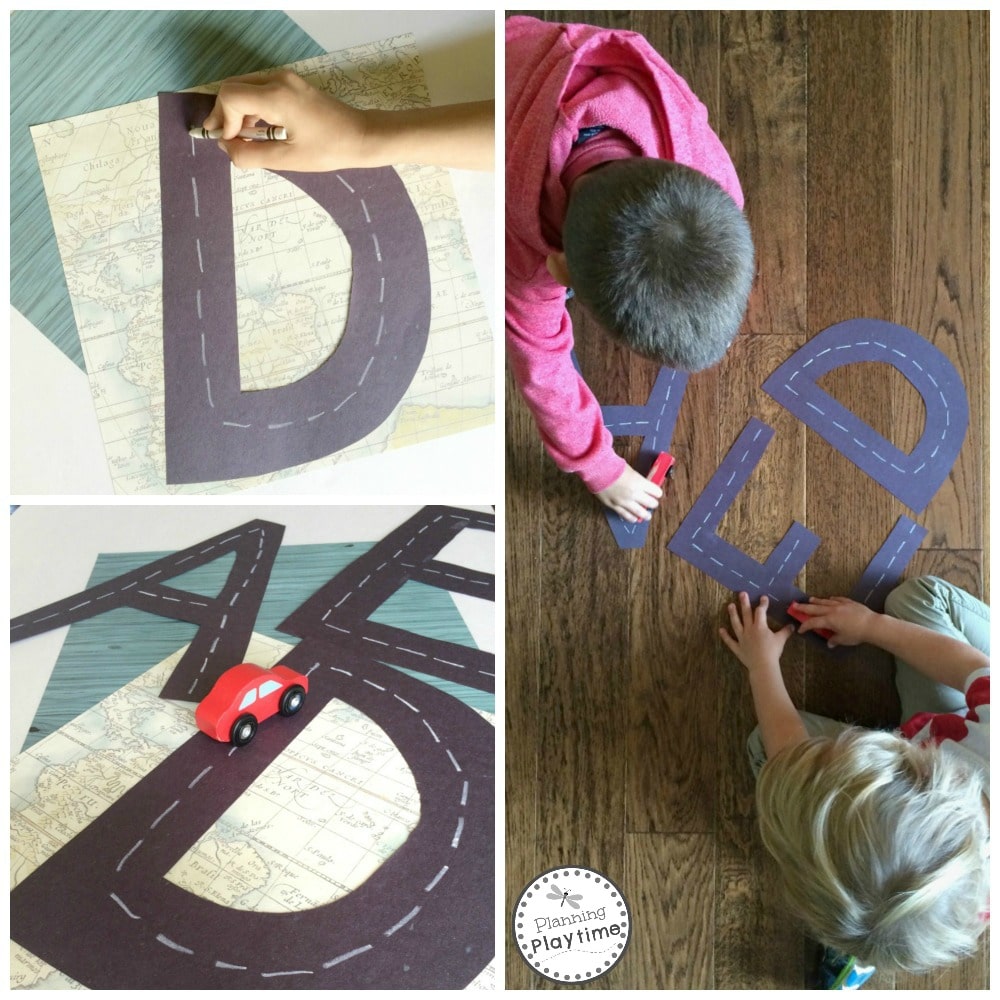 We started out using the cars to trace the letters one at a time. That was great fun for a while. Then, of course, the game evolved into something much cooler than a mom would come up with. They started connecting all of their letters together to make larger word roads. Shortly after that cars were crashing mid letter, flying into space with epic sound effects, and a good time was being had by all.

There are a few things I really loved about this alphabet tracing activity. First, it was incredibly simple to set up. If you have a white crayon, black paper, and a toy car you’re good to go. Second, the boys were tracing the letters and saying their names, always a good thing for preschoolers. Finally, it was a game that inspired imagination and wasn’t limited to whatever I gave them to start with. In short, they loved it, and it was the perfect afternoon playdate activity.