Are you looking for great books for your kids to read this summer? Today we are sharing our favorite Summer Themed Book Lists for kids of all ages. These are books that make you feel summery, and are perfect for the porch swing, the grass, or the tree house.

Whether your favorite things are having picnics at the park or splashing in the pool, summer is the time of year that both kids and adults look forward to all year.  We’ve put together a list of books that will spark the excitement of children of all ages for some engaging, relaxing, and silly summer reading. 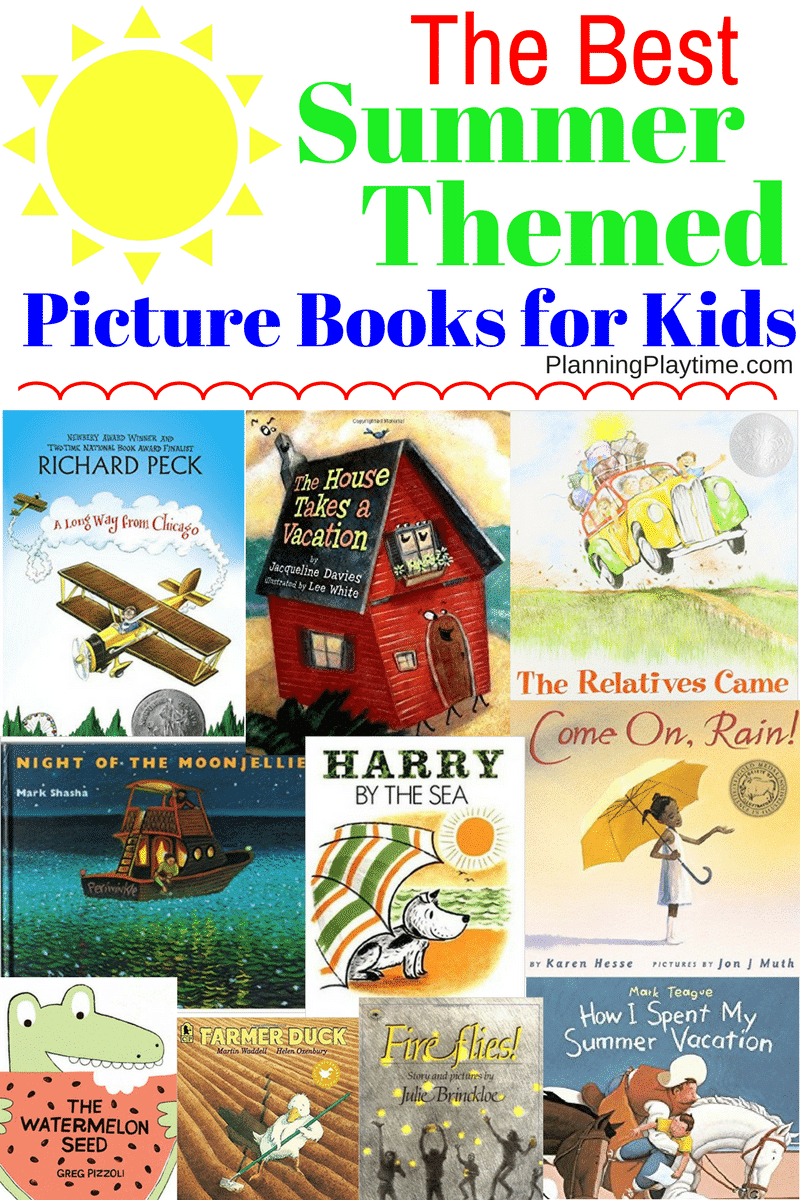 Harry By the Sea by Gene Zion

The Relatives Came by Cynthia Rylant

Come on, Rain! By Karen Hesse

A Long Way From Chicago by Richard Peck

Mama, Is it Summer Yet? By Nikki McClure

A Camping Spree with Mr. Magee by Chris VanHusen

How I Spent My Summer Vacation by Mark Teague

Night of the Moonjellies by Mark Shasha

The Watermelon Seed by Greg Pizzoli

The Gardener by Sarah Stewart

The House Takes a Vacation by Jacqueline Davies and Lee White 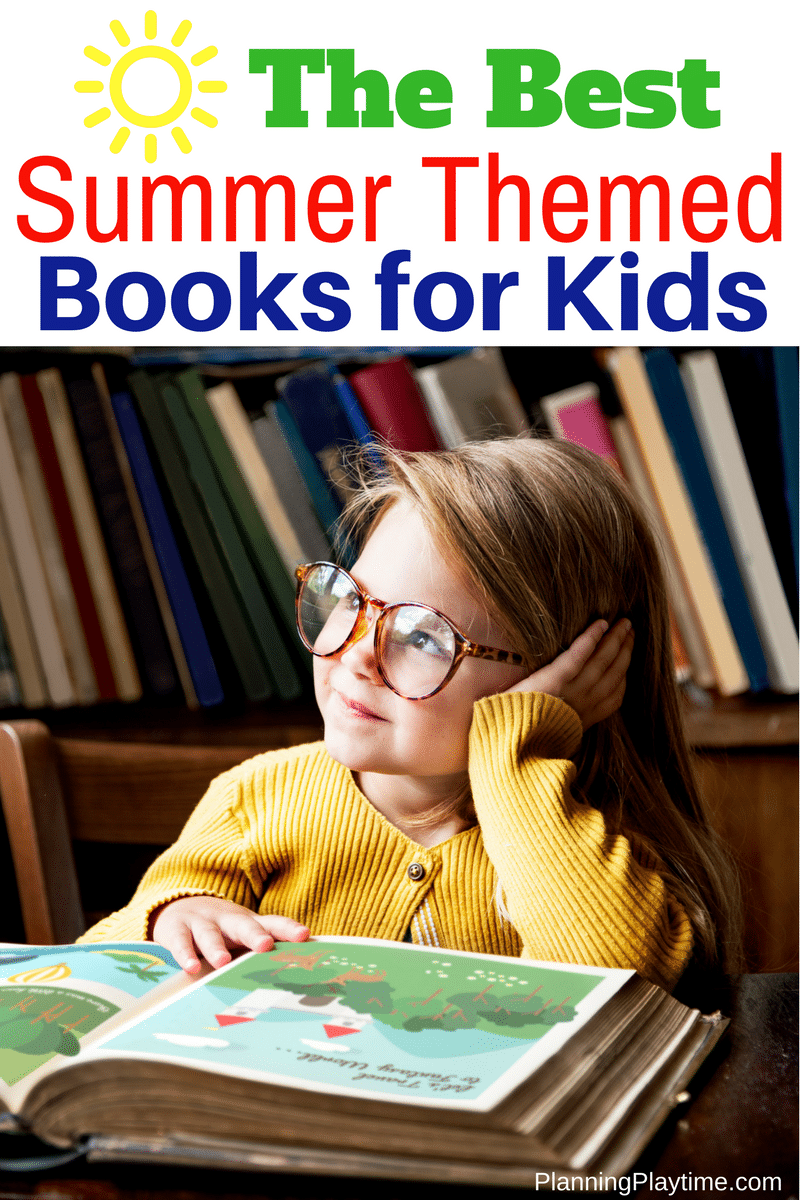 The Enormous Egg (Oliver Butterworth) When twelve-year-old Nate Twitchell takes care of an gigantic egg laid by one of his hens, he is shocked to find that it hatches into a triceratops.

Captain and Matey Set Sail (Daniel Laurence) A delightful early reader features a short Captain and a tall Mate who sail on their pirate ship.

The Terrible Two (Mac Barnett) Miles Murphy teams up with his new buddy to engage in epic trickery.

Fake Mustache (Tom Angleberger) A boy has the perfect plan to take over the world:  wear a fake mustache.

No Flying in the House (Betty Brock) A magical story about Annabel Tippens, who has no parents, but does have a dog who talks and a cat who tells her an important secret!

Ivy Takes Care (Rosemary Wells) Ivy runs a pet-sitting service for the summer and tries to keep the boy next door from destroying everything.

Half Magic (Edward Eager) It all begins with a strange coin on a sun-warmed sidewalk.  Jane finds the coin, and becasue she and her siblings are having the worst, most dreadfully boring summer ever, she idly wishes something exciting would happen.

Roxie and the Hooligans (Phyllis Reynolds Naylor) Roxie ends up on an island with four unpleasant classmates and is tested in her ability to survive.

Tuesdays at the Castle (Jessica Day George) Every Tuesday Castle Glower takes on a life of its own-magically inventing, moving, and even completely getting rid of some of its rooms. 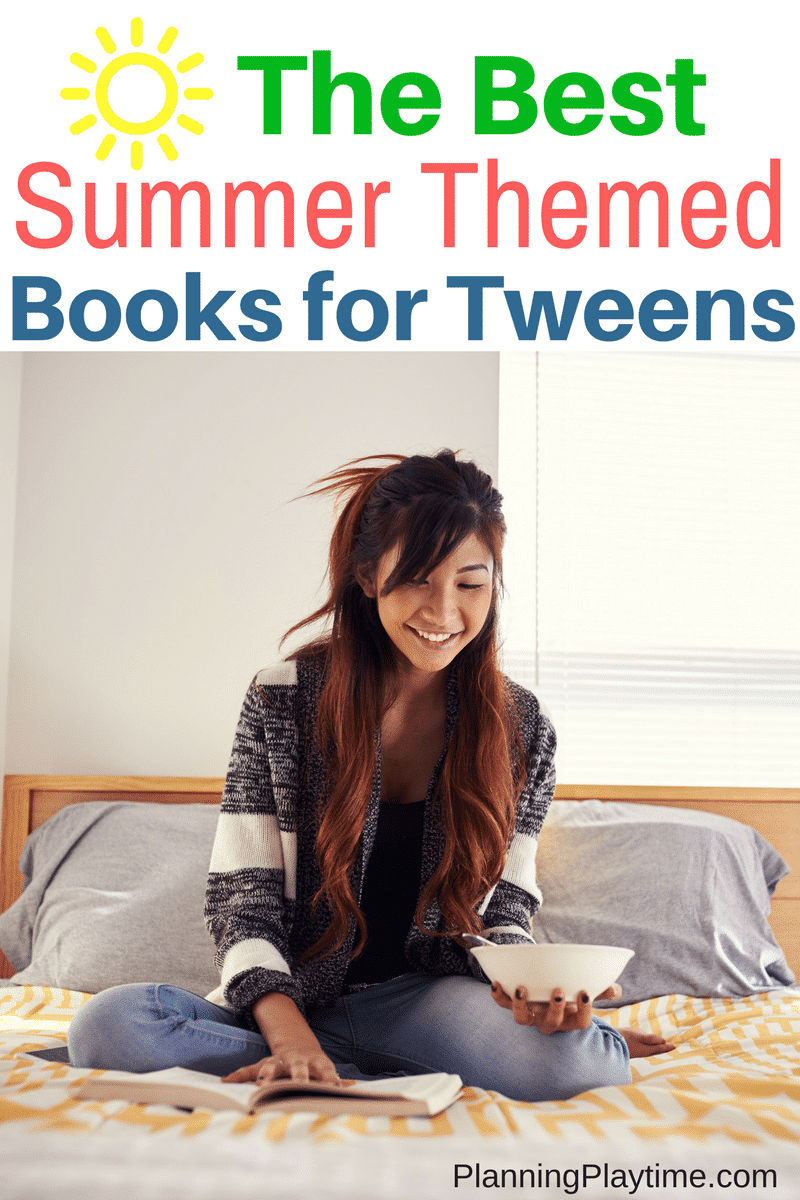 The Underland Chronicles (Suzanne Collins) Gregor follows his sister through a grate in the laundry room and ends up in an underground conflict between humans and other creatures.

Ungifted (Gordon Korman) A prankster ends up in a gifted and talented program due to an administration error.

Mister Max Series (Cynthia Voight) When 12-year old Max’s parents leave for parts unknown without taking him, he is forced to survive by his wits.  He solves several little puzzles in creative ways.

Half a Chance (Cynthia Lord) Lucy loves photography and would love to win the photography contest but her photographer father is the judge.

Nooks and Crannies (Jessica Lawson) When Tabitha and five other children arrive at the house of Countess Camilla DeMoss, the other five kids start disappearing one-by-one.

Shakespeare’s Secret (Elise Broach) Sixth Grade Hero moves to a new town and learns of a mystery of a missing diamond and sets out to find it.

Dragonsong (Anne McCaffrey) Set in a fantasy realm of Pern, gifted musician Menolly flees her village after her father forbade her music.

The Vengekeep Prophecies (Brian Farrey) A fantasy tale of a boy born into a family renowned for generations of clever thievery.

The Hero’s Guide to Saving Your Kingdom (Christopher Healy) Princes Charming leave their homes (one to pursue a girl, one to escape a girl, one to prove himself, and one because he got lost).

The Incorrigible Children of Ashton Place Series  (Maryrose Wood) This series has been acclaimed as a “hilarious Victorian mystery series,” a story that Lemony Snicket lovers and Jane Eyre fans will enjoy.

Kissed (Cameron Dokey) Marvelous retellings of Beauty and the Beast, The Magic Flute, and The Snow Queen. 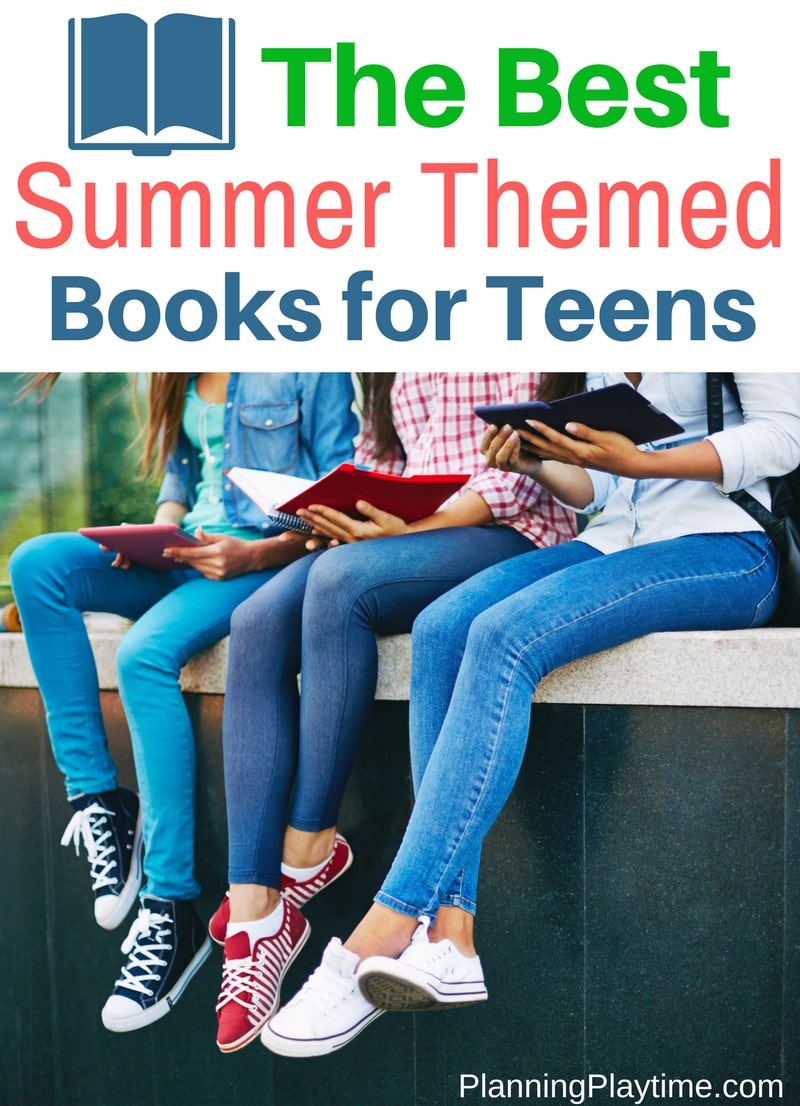 Peak and The Edge (Roland Smith) Two adventures in mountain climbing where every chapter is quite literally a cliff hanger.

Counting by 7s (Holly Goldberg Sloan) when Willow’s adopted parents die, an odd assortment of acquaintances show up to support her.

Airborn (Kenneth Oppel) Matt Cruse has spent his life as a cabin boy on an airship that ferries wealthy passengers through the air.

Riptide (Kat Falls) After the oceans rise, some pioneers go undersea to farm and live on the continental shelf.

A School for Brides (Patrice Kindl) What’s the Winthrop Hopkins Female Academy to do when its goal is to groom marriage-minded girls in the feminine arts but there are no males to be found in the land of Lesser Hoo?

Rebecca (Daphne du Maurier) A classic tale of the death of a powerful, mysterious woman.

We hope you enjoyed these Best Summer Themed Book Lists for Kids. Have you read some of these books? Leave us a comment to tell us which ones are your favorites. If we missed some you love, let us know, and we may add it. 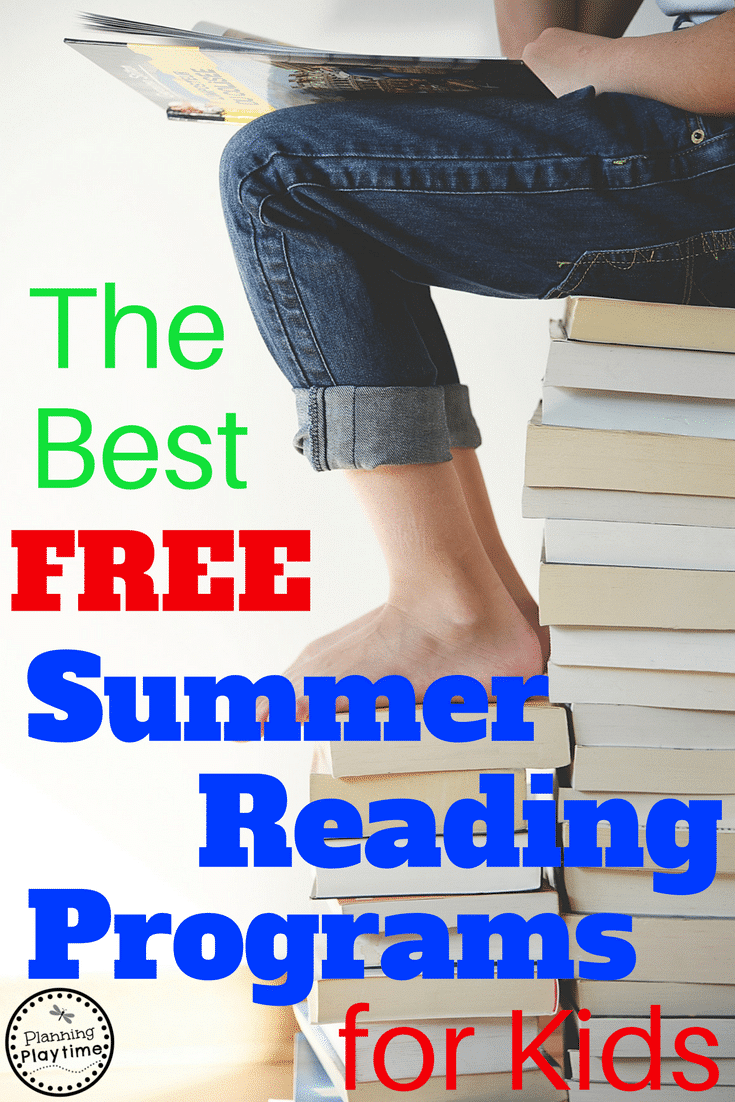 We use cookies on our website to give you the most relevant experience by remembering your preferences and repeat visits. By clicking “Accept All”, you consent to the use of ALL the cookies. However, you may visit "Cookie Settings" to provide a controlled consent.View Terms and Conditions
Cookie SettingsAccept All
Manage consent

This website uses cookies to improve your experience while you navigate through the website. Out of these, the cookies that are categorized as necessary are stored on your browser as they are essential for the working of basic functionalities of the website. We also use third-party cookies that help us analyze and understand how you use this website. These cookies will be stored in your browser only with your consent. You also have the option to opt-out of these cookies. But opting out of some of these cookies may affect your browsing experience.
Necessary Always Enabled
Necessary cookies are absolutely essential for the website to function properly. These cookies ensure basic functionalities and security features of the website, anonymously.
Functional
Functional cookies help to perform certain functionalities like sharing the content of the website on social media platforms, collect feedbacks, and other third-party features.
Performance
Performance cookies are used to understand and analyze the key performance indexes of the website which helps in delivering a better user experience for the visitors.
Analytics
Analytical cookies are used to understand how visitors interact with the website. These cookies help provide information on metrics the number of visitors, bounce rate, traffic source, etc.
Advertisement
Advertisement cookies are used to provide visitors with relevant ads and marketing campaigns. These cookies track visitors across websites and collect information to provide customized ads.
Others
Other uncategorized cookies are those that are being analyzed and have not been classified into a category as yet.
SAVE & ACCEPT